The Annual General Meeting of the International Association of Event Hosts took place on 15th June 2021 with 30 representatives of 21 member organisations from 13 countries in attendance.

For the second year running, the IAEH AGM was held online due to restrictions caused by the ongoing pandemic. The meeting was chaired by Susan Sawbridge (New Zealand Major Events and IAEH Chair) and, in addition to the AGM proceedings, the programme included guest speakers and breakout rooms discussions. 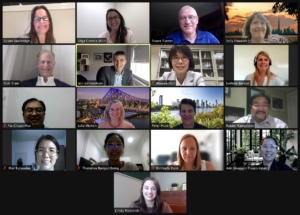 Budget and Plans for 2021-22
Members voted and agreed on budget and plans for the year ahead including potential physical meetings alongside key industry events and virtual workshops/webinars. The membership fee of £750 remains the same for the period of 2021-22 and a new automated membership application and renewal system has been implemented.

Directors Retirement and Honorary Membership
After five years of volunteer work, Iain Edmondson and Stuart Turner have retired from the IAEH Board of Directors.
In recognition of the continued commitment of those who created and established the IAEH, the Board has proposed a new honorary membership category. Founding directors and members of the initial working group who retire from the Board will automatically become honorary members. The intent of Honorary membership is not only to thank them for the work undertaken, but to ensure that the knowledge they have gained over this extended period of time is not lost to the organisation for the benefit of the current membership.
Iain Edmondson and Stuart Turner are the first IAEH Honorary Members. 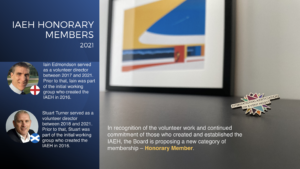 Reappointed and New Directors
Members voted and approved the reappointment of Lars Lundov (Sport Event Denmark) to serve his second term as an IAEH Director. Lars is an IAEH founding member and has been invaluable to the development of the IAEH network worldwide.
The Board of Directors has two new members – Esther Britten (UK Sport) and Peter Hunt (Tourism and Events Queensland) have been valuable members of the IAEH for several years and had their appointment formally approved by members at the 2021 AGM. 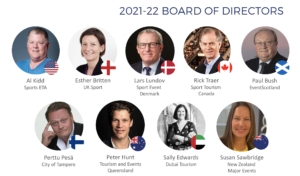 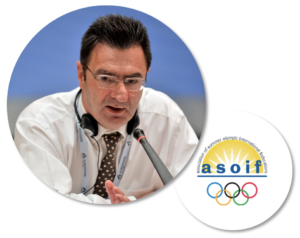 Andrew Ryan is the Executive Director of the Association of Summer Olympics International Federations (ASOIF) – the umbrella organisation for the 33 sports on the summer Olympic Games programme for Tokyo 2020. Andrew is also a member of the IOC Programme Commission.

Andrew joined the 2021 IAEH Annual Meeting as a guest speaker and shared valuable insights on the changing landscape of global sport. Andrew also talked about the recently signed MoU between ASOIF and IAEH. 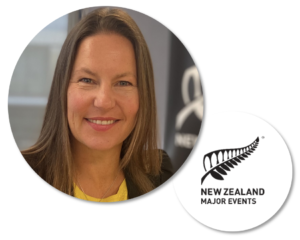 The second presentation was delivered by New Zealand Major Events Manager and IAEH Chair Susan Sawbridge who shared the experience of successfully hosting a major event in the pandemic.

Both presentations have been recorded and are available for members only on the IAEH Webinar Series, Meetings and Workshops page. The slide decks used are also available to download from the IAEH Resources page.

For final part of the Annual Meeting, IAEH members were divided into 6 groups, each moderated by an IAEH Director. The group discussions were around key topics relating to the future of major event hosting such as cities looking to create new IP; ensuring best value when assessing an event; and the multi-city event model. The feedback from these discussions will be summarised and published within the next few weeks.