The Annual General Meeting of the International Association of Event Hosts took place on 15th June 2022 with 25 participants, including 21 representatives of 16 member organisations from 15 nations in attendance.

The IAEH AGM was held online for a third year running. The meeting was chaired by Susan Sawbridge (IAEH Chair) and, in addition to the AGM proceedings, the programme included guest speakers and breakout rooms discussions. 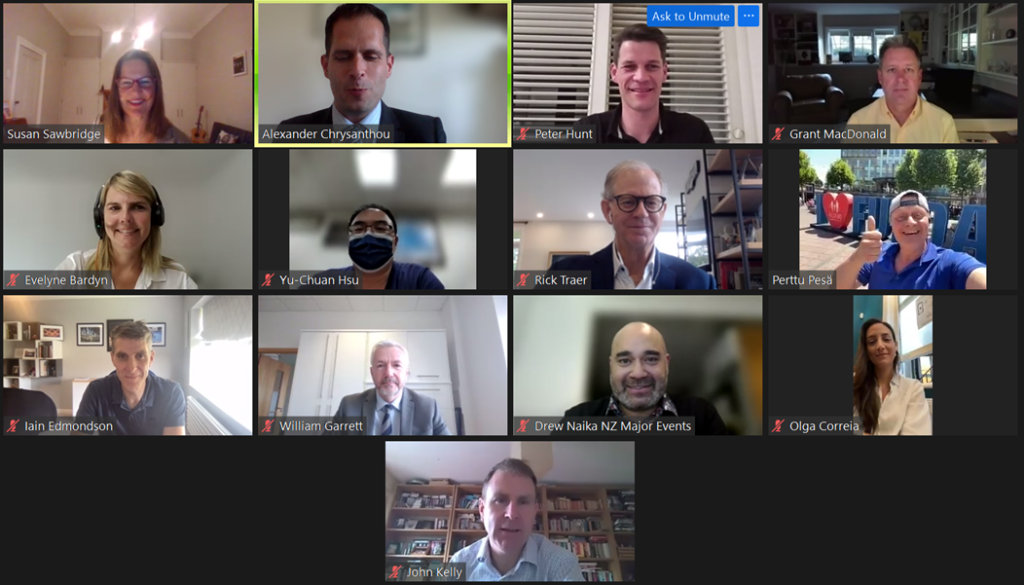 Budget and Plans for 2022-23
Members voted and agreed on budget and plans for the year ahead including potential physical meetings alongside key industry events and virtual workshops/webinars. The membership fee of £750 remains the same for the period of 2022-23.

Directors Retirement and Honorary Membership
Susan Sawbridge, Rick Traer and Sally Edwards have retired from the IAEH Board of Directors. They were all thanked for their outstanding work. 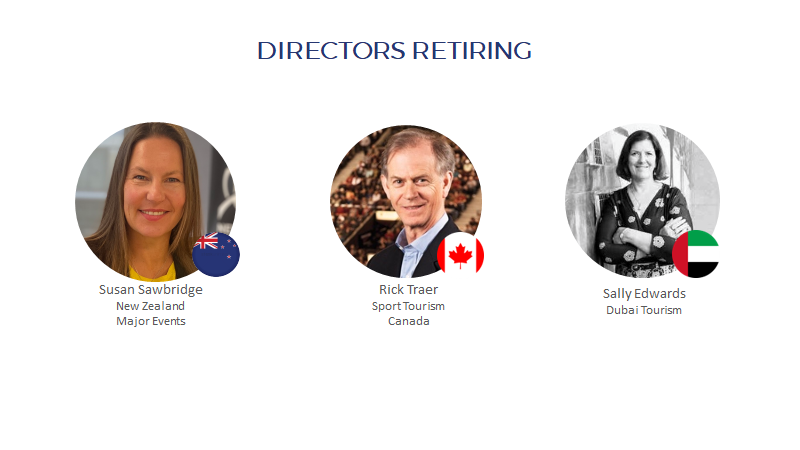 As founding directors and members of the initial working group, Susan Sawbridge and Rick Traer have become honorary members. The intent of honorary membership is not only to thank them for the work undertaken, but to ensure that the knowledge they have gained over this extended period of time is not lost to the organisation for the benefit of the current membership. They join Iain Edmondson and Stuart Turner as IAEH Honorary Members. 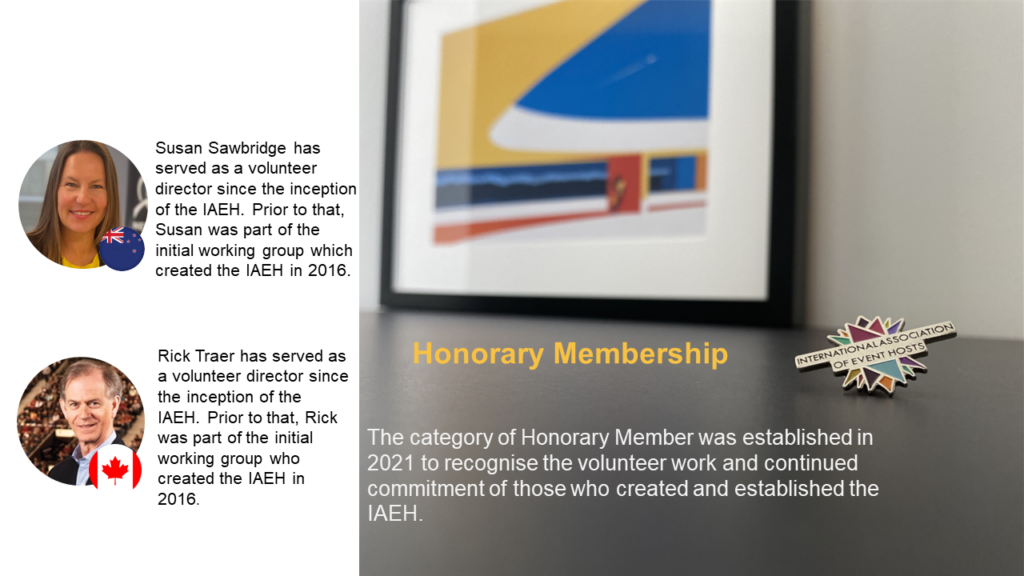 Reappointed and New Directors
Members voted and approved the reappointment of Paul Bush (EventScotland) to serve his second term as an IAEH Director. Paul has been invaluable to the development of the IAEH network worldwide.
The Board of Directors has three new members – Robert Kawamoto (Ottawa Tourism), Andrew (“Drew”) Naika (New Zealand Major Events) and Nichapa Yoswee (Thailand Convention and Exhibition Bureau). They have been important members of the IAEH for several years, and their appointment to the Board was formally approved by members at the 2022 AGM. 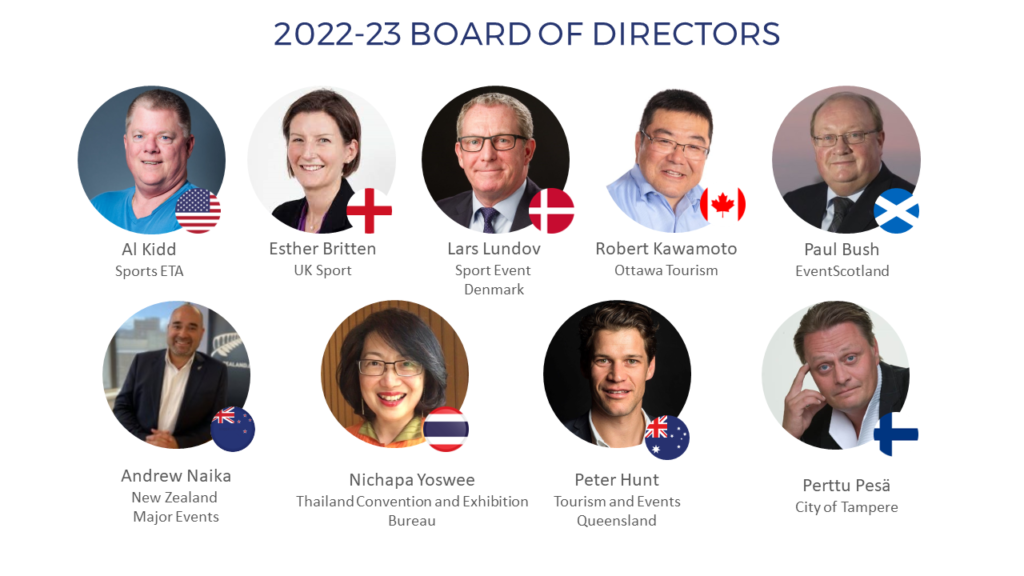 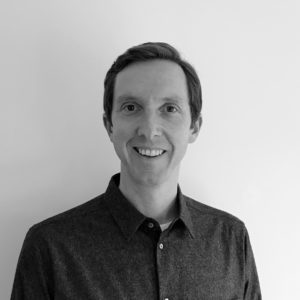 Shashank Singh has been with Visa for almost 10 years and has been a part of the financial services industry for over 2 decades. He has recently been involved in Sports Events directly as Visa’s GCC lead for FIFA WC 2022 in addition to his responsibility of being Country Manager for Kuwait & Qatar. In his current role, Shashank was instrumental in Visa’s involvement in the Arab Cup & Club World Cup recently.

Shashank provided an insightful talk based on his experience of working at the intersection of sponsors and event hosts, taking into account the significance of factors such as relationship building and legacy.

For final part of the AGM, IAEH members were divided into 4 groups, each moderated by an IAEH Director. The group discussions were around key topics relating to the future of major event hosting, specifically: